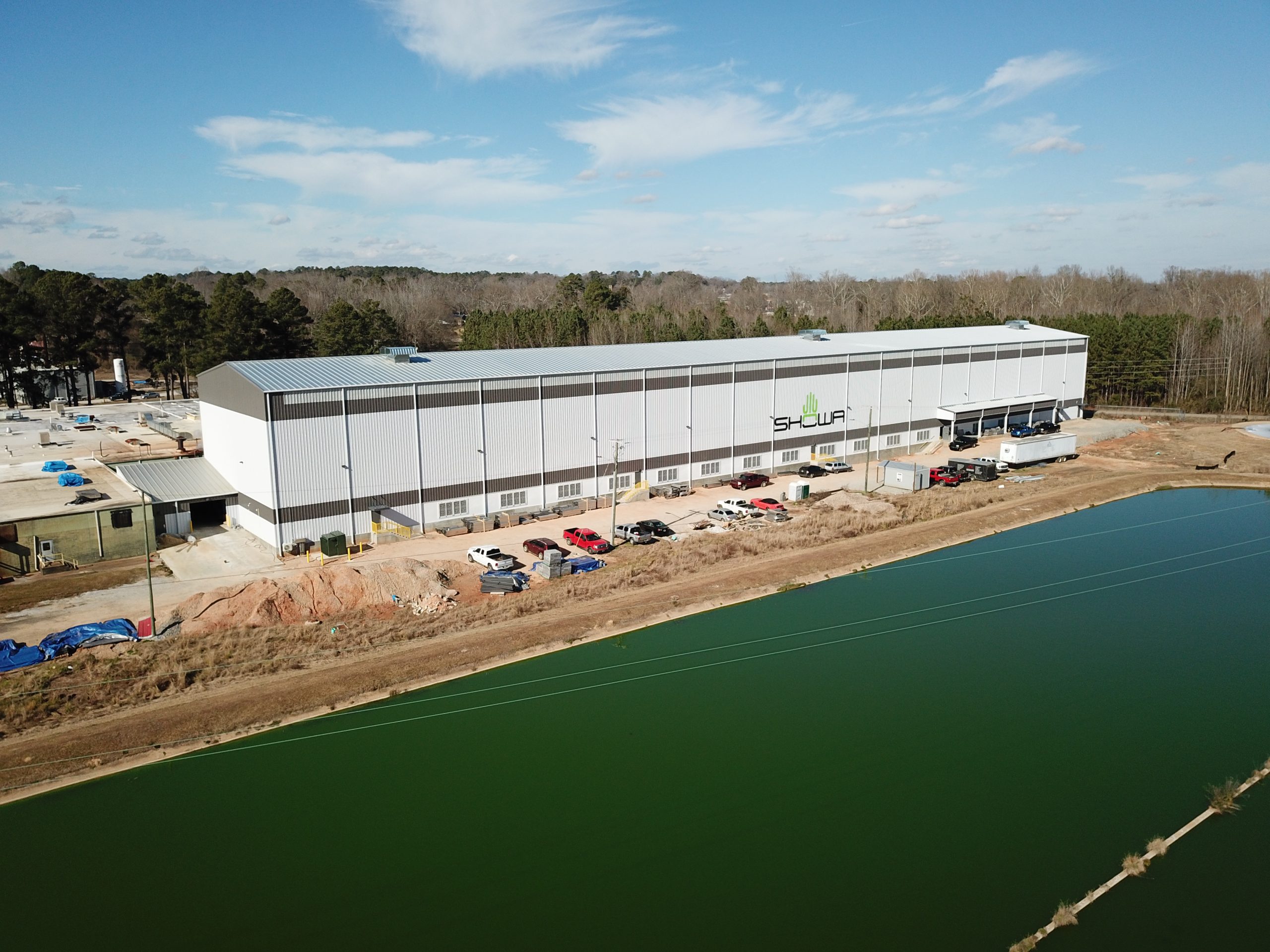 Even before COVID-19 hit, the folks at Showa Group — the glove-making factory in Fayette, in northwest Alabama — were looking to expand.

“We made that decision in 2019,” says Mike Kimple, director of manufacturing. “We built a new building and ordered kind of the latest and greatest technology in glove-making, both high capacity and high efficiency. We’re putting two of these new lines in there and have space for two more. The two we’re building now will double our existing production.”

That’s a good thing, too, because with the pandemic, the gloves that Showa makes suddenly are in higher demand than ever. They are the only factory in the U.S. that produces a specific kind of single-use glove — it’s made of nitrile, a hypoallergenic synthetic rubber that’s an alternative to latex — and hospitals around the globe want them.

“The initial thought was that we needed to modernize, increase our production and continue our commitment to the American worker and production here,” Kimple says.

But the expansion means the Fayette plant can get closer to meeting the demand caused by the global pandemic. Right now, Showa employs 230 people in Fayette and produces 400 million individual gloves a year. Both those numbers will double once the expansion is complete, Kimple says. Showa’s Chief Operating Officer Richard Heppell told SupplyChainDive.com that the company hopes to triple production capacity by 2022.

Showa’s headquarters is in Menlo, Georgia, but it’s had a presence in Fayette for about 30 years. The glove-making at the factory goes back another two decades.

“The factory actually started in the early ’70s,” Kimple says. “Across the street, they were putting together surgical kits, and as part of those kits, they needed to put a pair of gloves in each of them.”

Initially, those were rubber gloves, which the factory produced for 20 years. In the 1980s, they shifted to the nitrile gloves that they’re known for today.

“We can make about a million gloves per day, and the expansion will more than double that,” Kimple says. “We definitely need more employees. We’re hiring every week here to build our employment base before these new lines start up. We’re hiring now and training the workers, and the lines will go into production in April or May of this year.”

Kimple says that Showa is hiring in a number of areas, including production workers, maintenance jobs, technicians and inspectors. “There are a lot of options here for people who are looking for work,” he says.

Scott Robertson grew up in Fayette and went to work at Showa right out of college. He’s now the plant manager and takes great pride in the work his team does.

“People are shocked that we’re the only ones in the United States that actually make them,” he says of the nitrile gloves. “I’ve got doctor friends at UAB, and they really appreciate what we’re doing. They all want some of the gloves.”

The people who work at Showa understand the importance of what they’re doing, Robertson says.

“Everybody is proud to be an essential worker, for sure,” he says. “Everybody has continued to come to work. Especially early in the pandemic, you had industries that were shutting down temporarily, because a lot of people were afraid to go to work. We didn’t have one person who said, ‘Hey, I’m too afraid.’ Everyone came to work every day and were proud and happy to do it.”

And that goes for the community, too, says Mayor Rod Northam.

“While we have witnessed the benefits that they have provided for many years, 2020 brought a whole new perspective on the impact that they are making around the world,” he says. “It is truly an honor to have a company producing products locally that provide protection to health care workers, laboratory workers and anyone who dons their gloves, to help protect them from exposure to the coronavirus. During a very challenging year, Showa has provided a solid foundation for us to rely on.”

Kimple says that Showa is ready for the lines to be producing gloves.

“The decision was certainly validated,” he says of Showa’s expansion plans. “The thought here was how quickly could we get those lines built. We’re happy we made the decision, but we certainly could use the production as soon as possible.”

Kimple says that the pandemic has forever changed the way people look at Showa’s product.

“We’ve seen some market research out there that indicates that glove demand and PPE demand will continue to be strong post-pandemic,” he says. “Certainly, we’ll see a decrease in demand after the pandemic, but people’s behavior is permanently changing.”

Northam says that he and others in Fayette are excited about Showa’s expansion. “They are providing more employment opportunities to the citizens of our community,” he says. “This also contributes to a great sense of pride for everyone who calls Fayette home. We are honored to say that these gloves were made in the U.S.A., made in Alabama and made in Fayette.” 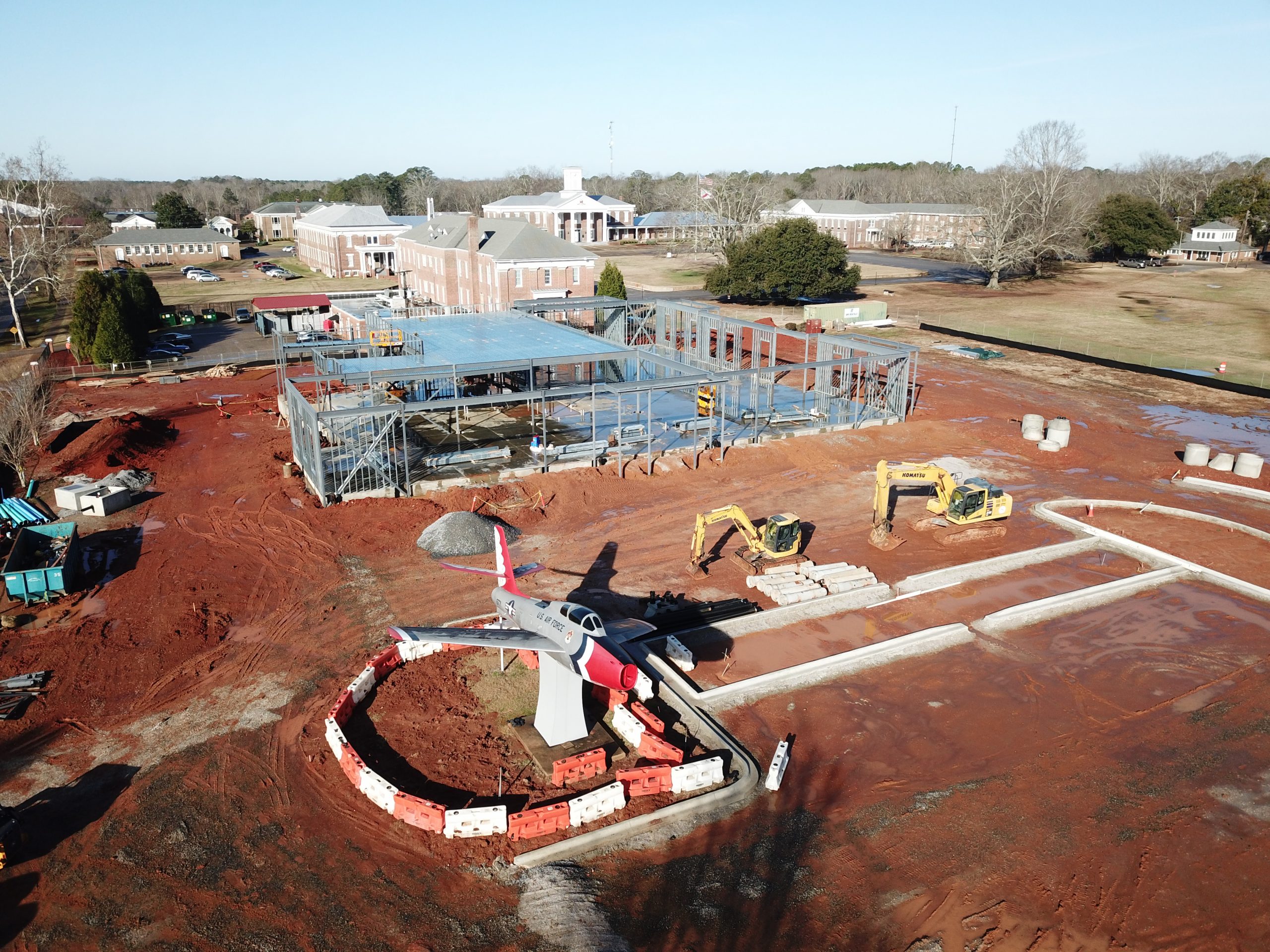